People today have access to more information than we ever thought possible, but this can cause people to lose touch with the world around them. And without attachment or investment in the things happening around us, it’s very hard to make change happen. 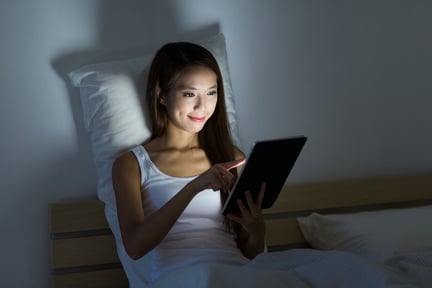 With increasing concerns about global climate change and other environmental issues, we all need to connect to the world again. Sometimes the best way to do this is to just sit down, get off social media, and immerse yourself in a visually stunning and emotionally engaging experience. And a really good documentary is a great way to do this.

We created a list of five immersive documentaries to help you connect back with nature and understand the challenges faced by the environment today.

What better way to celebrate the environment than to experience the richness and beauty that our planet has to offer? Narrated by naturalist Sir David Attenborough, BBC’s Planet Earth explores different landscapes and the wildlife that populates them. The documentary goes through different biomes, from the Arctic to the plains to the deep sea, to show corners of the world the average viewer will likely never see. Educational yet serene, Planet Earth is the perfect documentary for those looking to appreciate the world around us and see the natural wonders of the world.

While controversial, no one can deny the impact that An Inconvenient Truth has had on the environmental movement and the general public. Featuring former U.S. Vice President Al Gore, the documentary seeks to bring the growing issue of global climate change to the forefront of public discussion and bring awareness to this serious issue. Using statistics and figures, Gore explains some of the consequences of ignoring global warming and how these consequences would affect peoples’ lives. For those unfamiliar with the problem of climate change, An Inconvenient Truth is a great way to introduce yourself and others to the topic and understand the challenges the environment faces going forward.

Similar to An Inconvenient Truth and released around the same time, The 11th Hour also tackles the growing issue of global climate change with a slightly different approach. Narrated by lifelong environmentalist Leonardo DiCaprio, the 11th Hour does not just address the issue, but also puts forward possible solutions and resolves on a hopeful note. Featuring guest appearances by several well-known figures including Stephen Hawking and Mikhail Gorbachev, the film is the perfect way to learn about the challenges facing the environment and ways to help.

Chasing Ice follows the story of environmental photographer James Balog as he traverses the Arctic hoping to use his photographs to tell the story of climate change. Instead of displaying charts or using scientific models to educate the viewer, like in An Inconvenient Truth, Chasing Ice takes a show, don’t tell approach to its subject matter. Utilizing stunning visuals and time-lapse images, Chasing Ice displays the stunning beauty of the Arctic and the visual story of ongoing climate change. For those interested in an aesthetic film that puts our changing climate on display, Chasing Ice is for you.

Leonardo DiCaprio appears again on this list in the documentary Before The Flood. Released in 2016, Before The Flood checks back in on the impacts of climate change on the environment felt since the release of documentaries like The 11th Hour and An Inconvenient Truth. The film takes a step back from simple statistics and brings a human, emotive approach to the issue of climate change. Ending with a heartfelt call-to-action, Before the Flood is a great way to get apprised of the current climate situation.
ARTICLE BY KAITERRA
Compartir Compartir en Facebook Tuitear Tuitear en Twitter Hacer pin Pinear en Pinterest